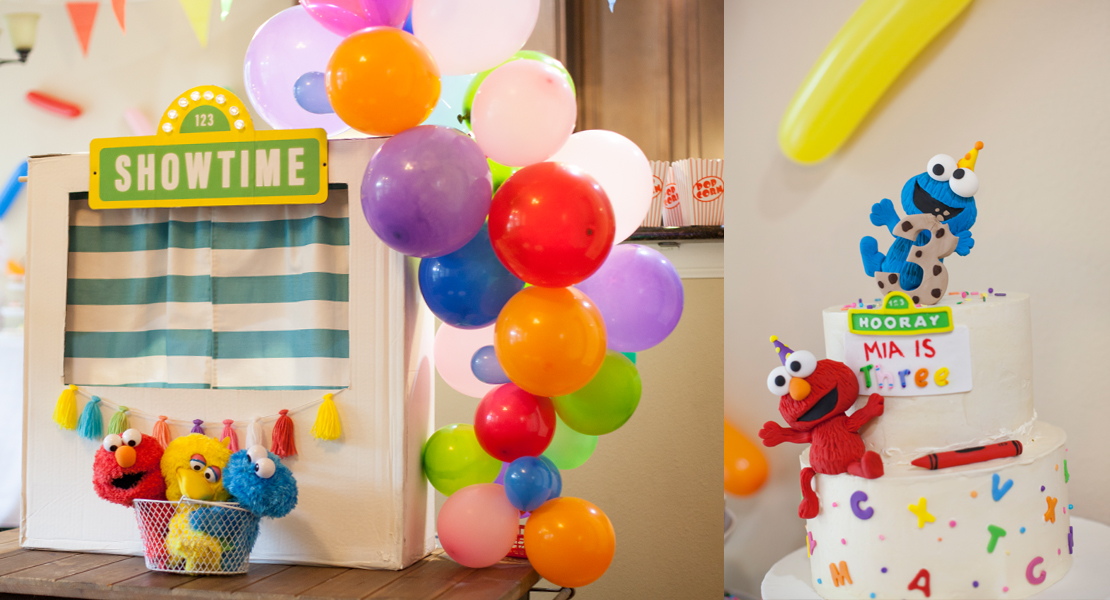 We love sesame street so much and even more after our visit to Sesame street Bay of Play in San Antonio. On that trip we bought the cutest Sesame street emoji T-shirt, and that was the perfect inspiration for most of the party supplies, we also included cookies, puppet show,  sprinkles and ABC’s.

I prepared and edited audio with Elmo, cookie monster and big bird, speaking and singing some songs. But let me tell you that kids were losing attention. 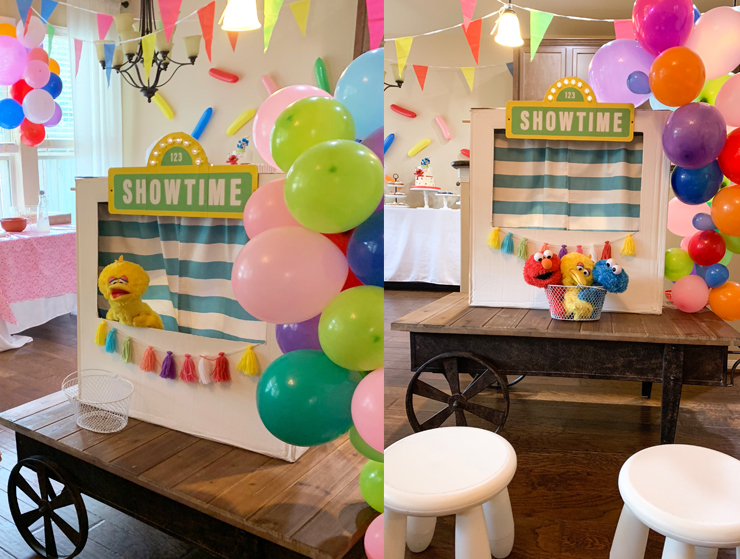 We also had a pretend Frozen treats store. Where they made their own treats using play dough.

For dessert we had a chocolate cake with layers of cookies and cream. My initial plan was to have on the background lots of balloon letters, but they were too big, so I decided to use balloons as sprinkles instead.

Piñata: A Piñata 4u 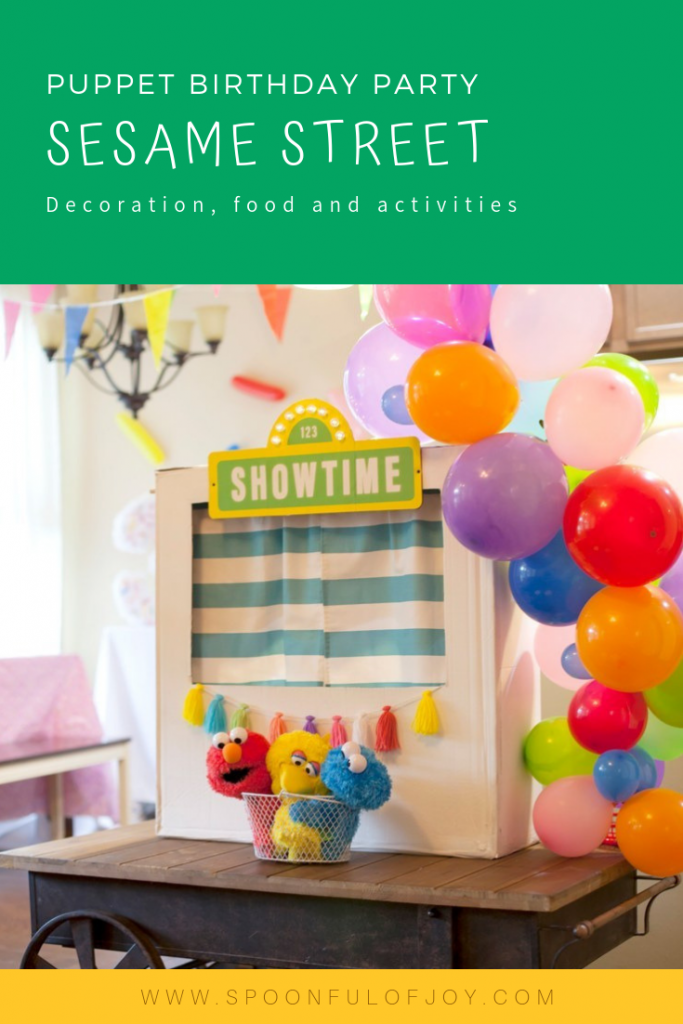 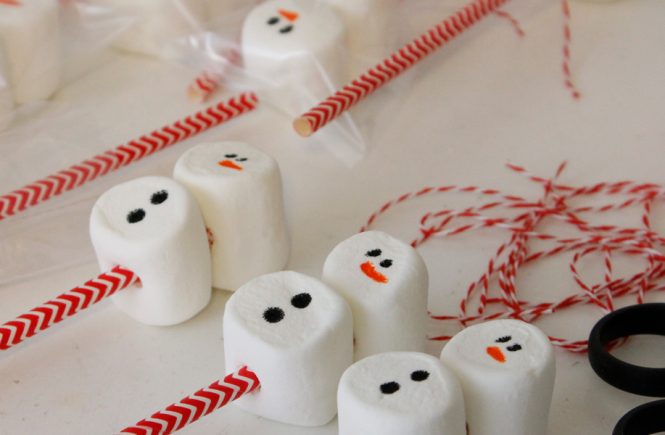 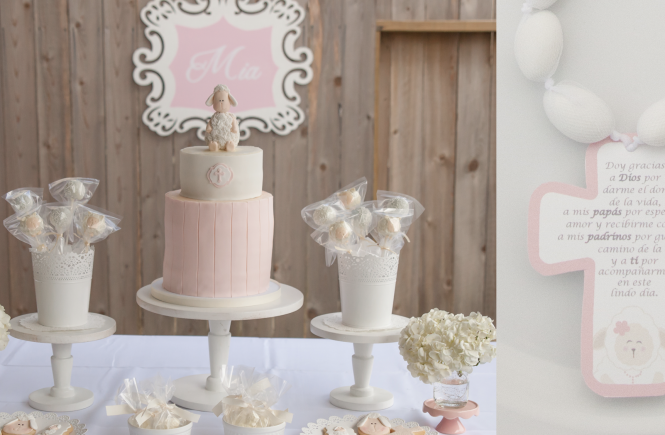 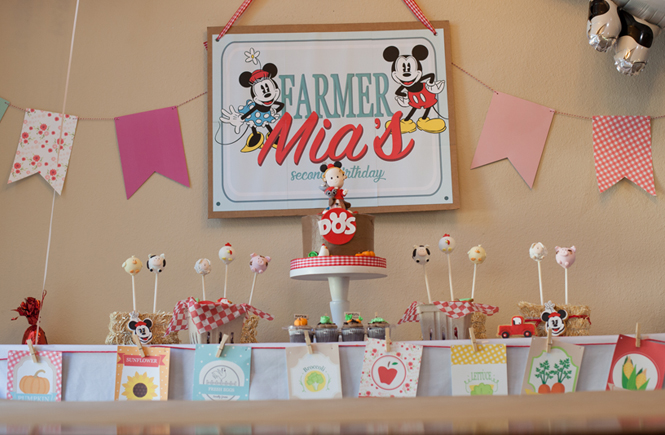